Habitat for Humanity of Bucks County

Historically, Habitat for Humanity of Bucks County’s donors have been very responsive to traditional print communications. In an effort to explore the potential in online giving, the agency decided to join in #GivingTuesday. The campaign gave them the opportunity to begin to engage their ReStore store donors and customers who previously have only had transactional interactions.

We decided to use the campaign to share stories from a lesser known program – home repair. For a small amount of money and effort, Habitat can make repairs that allow residents to stay safely in their homes. 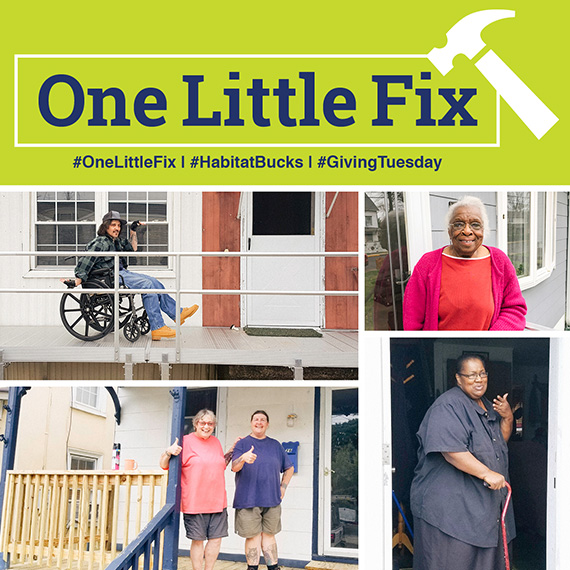 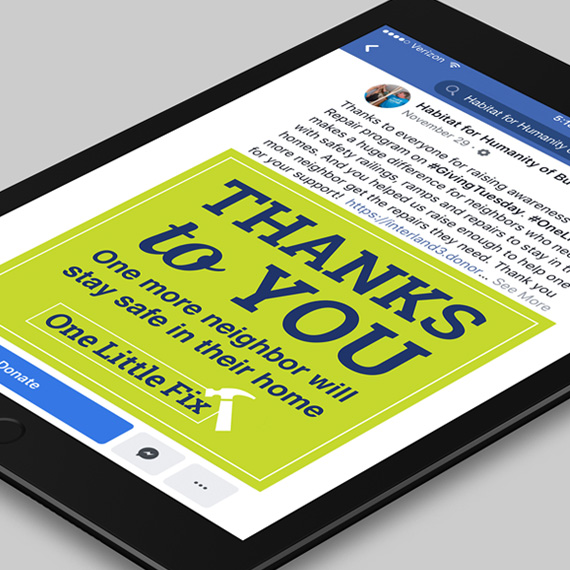 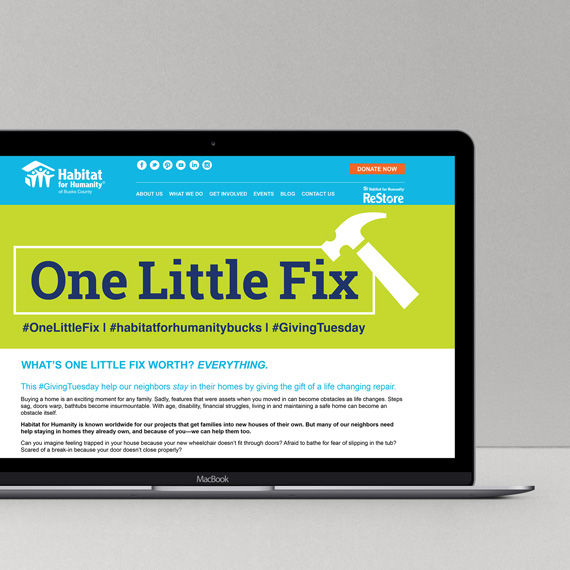 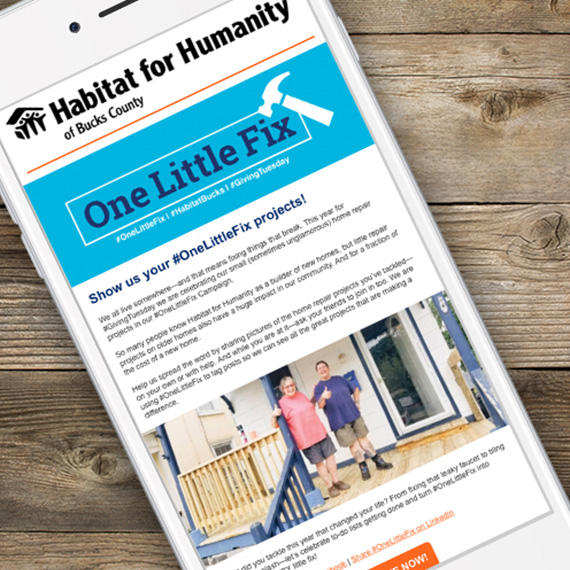 Habitat raised enough funds to deliver one more project for their neighbors, introduced their ReStore customers to giving, and unexpectedly revealed that they had significant traction on Twitter. This experiment provided valuable information for online fundraising efforts moving forward.

How Can We Help?